Get fresh music recommendations delivered to your inbox every Friday.

The Age Of Space 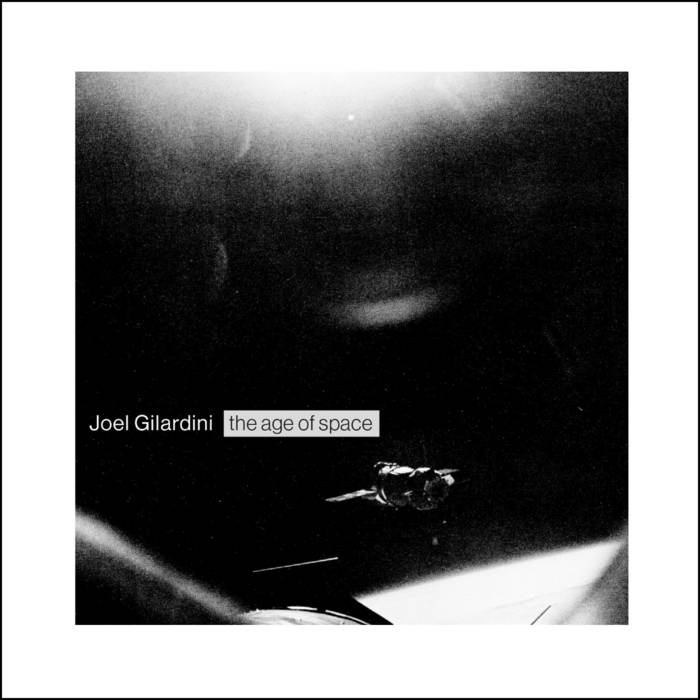 Purple Crow A masterpiece of atmospheres. Depth, texture, mental cinematography. From the timeless era of soundscapes. This deserves to be an art film or movie that wraps itself around these sounds as the plot.

pemarechal The atmospheres are very imaginative, restful and subtle! A real pleasure, this record can't be listened to, you have to live it! Favorite track: Apollo 11.

Joel Gilardini is an experimental guitarist and sound designer, based in Zurich (Switzerland). His solo ambient oriented works are often based on the use of live‐looping and instant composition techniques. It’s a very unique biosphere of ambient, drone, dub, doom elements and morphing soundscapes.
Joel Gilardini opens at MONTAGS for Nik Bärtsch’s Ronin/Mobile on regular basis at EXIL club (Zurich/CH), and has taken part to Y2K International Live-Looping festivals in Zurich, Paris (FR), and Santa Cruz (US).
Furthermore Joel works as a composer and music performer for theater and dance acts. In this context he has collaborated with partners such as the Ballett Zurich, Swiss dancer Benoît Favre, and the collective House Of Pain. He' the mastermind behind the experimental-doom-metal act The Land Of The Snow and half of the noise-industrial duo Mulo Muto.

Bandcamp daily
Darker legacies of the space age lie beneath the extensive shadow of triumph, possibilities, optimism, and progressive ideas for the future: the Cold War and militarization, detritus, disaster, death. Joel Giardini’s concept records stand out both for his dark aesthetic and his emphasis on guitar-based textures. On The Age of Space, rocket and satellite debris circles the planet, threatening to spiral out of control into the atmosphere; launch stations sit abandoned, filled with puddles of water, the aroma of disintegrating paper, and overgrown with weeds; and cosmonauts, off course and drifting away, are lost in space. This is not Carl Sagan’s or Elon Musk’s concept of space exploration, but J.G. Ballard’s.
daily.bandcamp.com/lists/space-music-list


Nominated "album of the month" by the magazine DENSIDAD
www.densidad2025.com

"The guitar only exists as a vague idea in the midst of all the textures created by Joel; you can recognize its timbre here and there, but it feels hazy, as the instrument's possibilities are extended beyond recognition. The spacious production makes all the details remarkable. The Age of Space is a great sound experience: it is kozmische muzik with dark overtones ."

ZeroK is part of © Unexplained Sounds, network of aural disorientation.

Bandcamp Daily  your guide to the world of Bandcamp